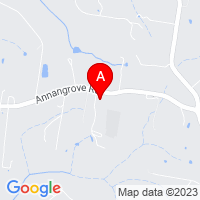 The patroness of our community was born on 12th December 1779 at Joigney in Burgundy, France, in the wine producing country. Her father was a wine cooper and they led a simple, hard, but happy life. Madeleine Sophie was the youngest of 3 children and her elder brother, Louis, who was a seminarian, was her first tutor. He gave her a very sound classical education, including mathematics, which was then not considered suitable for girls.

In the aftermath of the French Revolution, the education of many children was neglected and Madeleine-Sophie was urged to teach these poor children in schools which she founded. More and more women came to help her in the work, so they formed the Society of the Sacred Heart – to show the world “the sacred fire of our Lord’s love for men”. In 1806 she was chosen as superior-general, a position she held till her death 63 years later. She was a very gentle loving person, outstanding for her humility.

St. Madeleine Sophie was canonised in 1925 on May 25th, which each year is celebrated as her feast day.

Send us an email